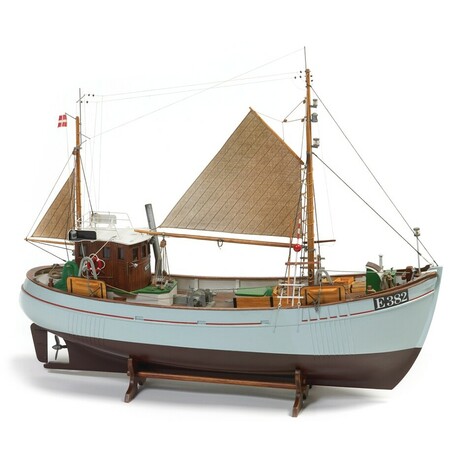 Mary Ann is several times upgraded version of the model, which was about Billing Boats in 1958. The model was a 45-ton fishing cutter cruising the waters around Denmark; kit in 1:33 scale was prepared based on the plans of a real ship. Mary Ann is intended for advanced ship builders.

To drive model includes a DC motor range from 500 to 600, at least 30 A bidirectional controller (depending on engine) and 6-7 with articulated 2-3S NiMH or LiPo battery with a capacity of 3 to 5000 mAh.

For basic operation is sufficient even the most ordinary two-channel radio system; to control the rudder servo meet the current standard. But for right maketáře of course, is "duty" adding as much maketových functions (lights, sound module, etc.), which will require the use of multi-channel RC system - and the channel is never enough.