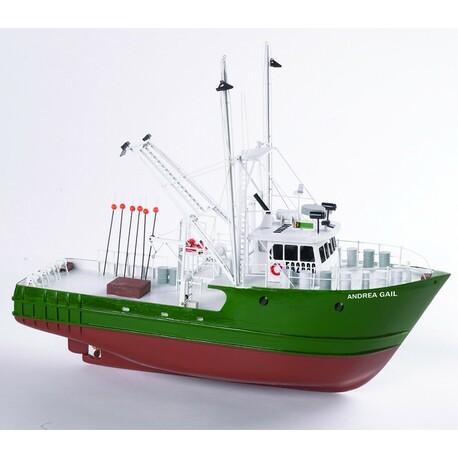 September 20, 1991 sailed from the port of Gloucester, Massachusetts fishing boat Andrea Gail. With a crew of 6 men aimed at catching swordfish in the area shallows of the Grand Banks off the coast of Newfoundland, Canada. Coincidentally, she got into a terrible storm type, what meteorologists called "Perfect Storm" (The Perfect Storm), to perfect a deadly trap from which there was no escape. The fictional story of the last days of the ship and its crew described in the book Seabastiana Junger Perfect Storm became a bestseller and was also very successful film adaptation directed by Wolfgang Petersen in 2000. Andrea Gail is intended for intermediate boat builders; It is designed as a non-floating table mockup.