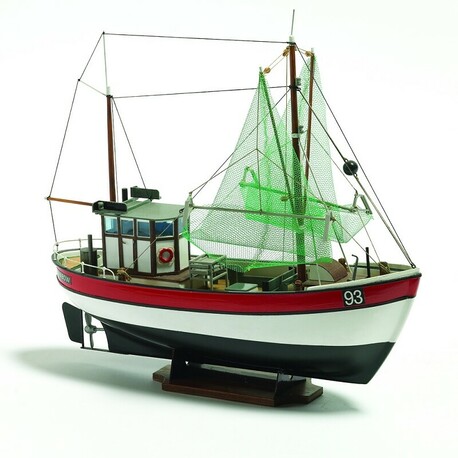 Rainbow is a typical cutter shrimp that you encounter along the Danish, German and Dutch coast. It comes from the 60s of the 20th century; features set nets, sieves for the separation and sorting shrimp and stoves for immediate editing catch. The boat is designed for beginning to intermediate boat builders; It is designed as a non-floating table mockup.

Rainbow has a body formed by plastic molding, plastic deck and superstructure of plastic and wood. The kit includes all the plastic and wooden parts needed to complete the model, dummy accessories (eg. Position lights, anchor, lifebuoys, sails, propellers etc.).