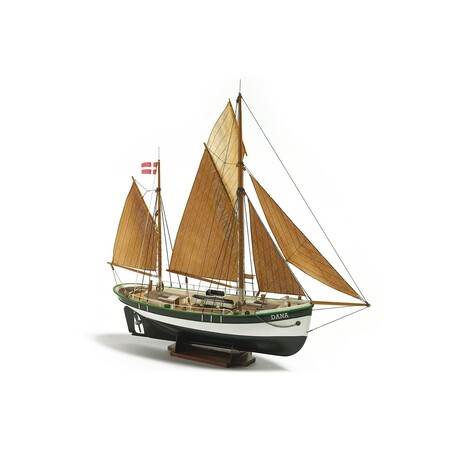 A refined, non-floating model of a Danish fishing boat with a 390 mm plastic dinghy by the Danish company Billing Boats. Kit in 1:60 scatter for beginners builders.

Dana is a typical fishing cutter from North Zealand, Denmark, which was built in the late 19th century. In the 20s he was fitted with an auxiliary motor that allows cruise on fisheries, regardless of the wind direction and quickly return with the catch. The boat is designed for beginning to intermediate boat builders; It is designed as a non-floating table mockup.