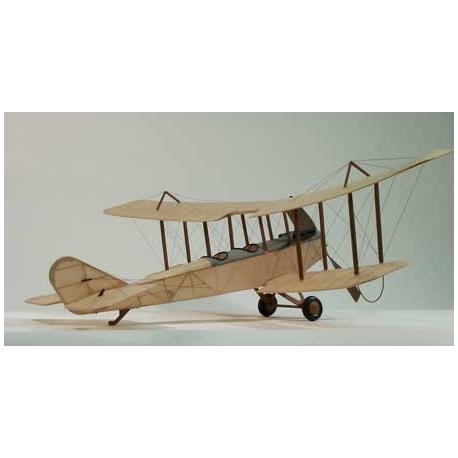 Aviation pioneer Glenn Curtiss is credited with the development of American aviation probably far more than the Wright brothers, who soon stagnated to the original conception of their Flyer. In addition to flying boats produced under license by the British Maritime Patrol (Little America Large and later America) constructed and his company mass-produced training biplane with "NOS" (hence the nickname Jenny). Became the basis for the construction of the US Air Force - from a handful of machines in 1915 on the strength of not nezaostávající for the European powers at the beginning of 1919. There were built over 6,000 nos in several versions, which after the war literally flew across the country and in the hands of demonstrations stunt pilots (they were called "Barnstormers") took care of promoting general aviation. After all, much deserved and olétaná Jenny was the first plane Charles Lindbergh. Jenny came on postage stamps; accidentally turned upside down printed Jenny ( "Inverted Jenny") with a nominal value of 24 cents among the best known and most valuable stamps ever.

Designers of American companies DUMAS Aircraft is the ideal machine for modelers who already has at least basic experience in building small models powered by rubber (as a general model for the acquisition of basic experience with classical building is recommended to first build eg. One of the cabin wing aircraft from Guillow's or HERR) . You will improve in the building "žbrdličkové" skeleton of the fuselage and wings, paper coating and painting, preparation and curing the rubber volume zalétávání - just all those wonderful skills genuine classic modelařiny. Given the size and complexity of the master model is already quite a lot of construction, but due to high preprocessed laser-carved parts it goes like clockwork.

Designers freely flying semiscales American trainer biplane (Standard J-1) designed to drive by rubber. The model is simple but classic balsa structure in Rozsyp with laser carved wooden parts and plastic parts drawn by injection molding. The hull is constructed normal minimaketářskou technology - the first of balsa wood strips assembling the sides, which connect polopřepážkami and bars in the lattice frame. The final round shapes get after sticking a large number of thin stringers. The wings are the classic design of the spars and ribs, tail out of balsa wood strips and laser-carved parts.

Jenny is also very suitable for conversion to RC model - is already large enough to support the now fairly common for miniature RC equipment with 4-5 g servos. You can drive for an AC motor AXI class of 2204 and two cells Li-Po 300-500 mAh