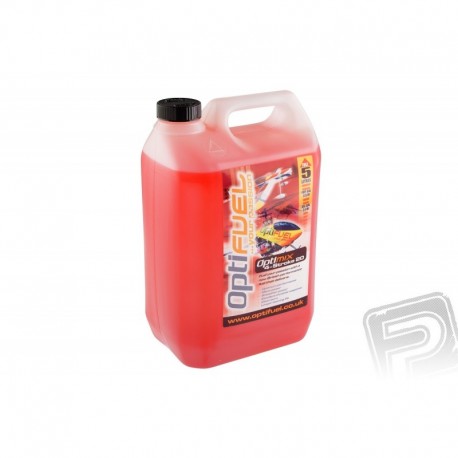 Heat fuel for four stroke engines requiring higher oil and nitromethane (eg YS) for sport and competitive flying. It works well with most two-stroke and can also be used for flying with helicopters (without extreme 3D acrobatics) - it is therefore suitable as a universal fuel for an advanced recreational modeller operating four-wheeled and double-deck aircraft and helicopters.

Also suitable for helicopters requiring 20% u200bu200boil. It works well with most two-stroke aircraft - suitable as a universal fuel.

It contains 20% of fully synthetic KLOTZ low viscosity oil and 20% nitromethane. It contains the red dye KLOTZ Red for easy visual inspection of fuel tank status and distance - this is especially useful for RC helicopters and cars. The dye does not affect the operation or adjustment of the engine. Pack of 5 liters.

The product contains substances classified as dangerous according to Regulation (EC) No 1272/2008. See the "Download" section for details.