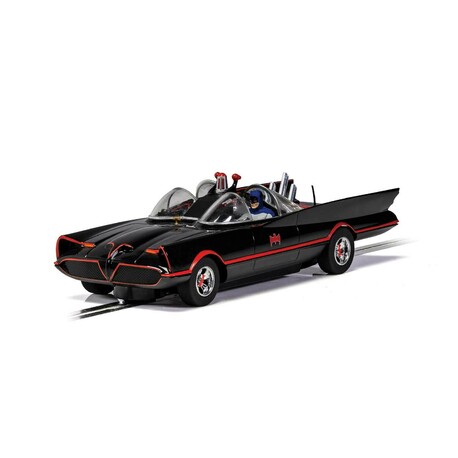 Toy car for the car track. Size: 1:32
Batman's history dates back to 1939, when it was first introduced in detective comics. Since then, he has become one, if not the most famous superhero of all time. Batman came from comics and on the television screen in the 1960s, when the television series Batman first aired in the lead role with Adam West as Batman / Bruce Wayne. Both Batman and his companion Robin were two crime fighters defending Gotham City. Their car was the iconic Batmobile. Scalextric now offers all Batman fans its famous Batmobile, which comes with a detailed Batman figure in the driver's seat.

Recommended for children from 5 years.

Warning: Danger of suffocation! The product contains small parts. NOT SUITABLE FOR CHILDREN UNDER 3 YEARS!